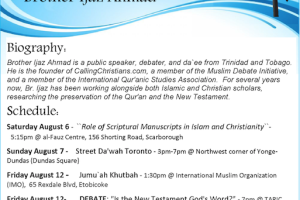 All Events are free.

MDI’s Zara Faris will be attending and presenting an important topic on the need for Muslims to develop their intellectual capital and how they can advocate Islamic rights. Event Description: The Muslimah’s Legacy 2016 Saturday 23rd July 2016 Speakers: – Ustadha Yasmin Mogahed – Sister Zara Faris – Sister Fatimah Barakatullah […] 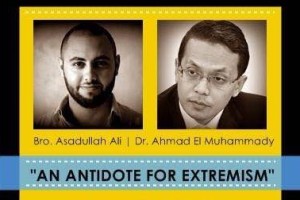 An Antidote For Extremism 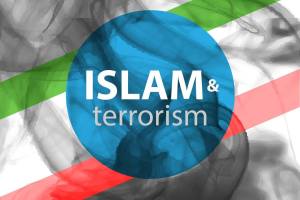 MDI’s Ali Asadullah will be giving a talk on “Islam and Terrorism”, next Thursday at 8pm on 17th March 2016 at the Main Auditorium, International Islamic University of Malaysia, [IIUM], in Malaysia. He will be discussing the phenomenon of terrorism and extremism and what Islam has to say about […]

Event Description: In the aftermath of the tragic terrorist attacks in Paris in November 2015 where 130 people were killed, and the ongoing conflict in Syria and Iraq involving the so called ‘Islamic State’ group, the debate surrounding Islam and reformation has resurfaced once again. In light of […]