The Rationality of Believing in God Without Evidence — Part 2

In Part 1 we examined the basic arguments for God’s existence, the concept of the fitrah – otherwise known as ‘intuition’ – and how it works.[1] In this part we will elucidate the justification behind the intuition’s existence, how evidence is not always necessary, and how belief in […]

The video of the debate ‘Is Humanity Better Off Without Religion?’ is now up. The event originally took place on the 9th December, 2015 at the University of Sussex, UK, and was organised by members of Sussex University Student Union. Speakers: The event featured Dr Jon Mitchel, a Reader in […]

MDI Comment: Many Atheists who are also scientists, posit purely naturalistic theories as an alternative to God. They do this, because, according to them God cannot satisfy the requirements of science because it  is an ‘untestable’ and ‘undisprovable’ hypothesis. However, in order to answer the gaping questions that […] 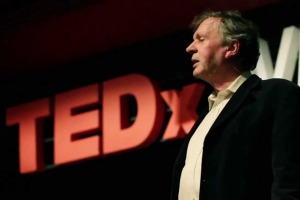 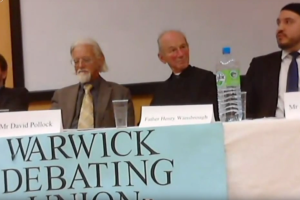 “Does Morality Require a God?” This public debate was held at Warwick University, organised by the Warwick Debating Society (of the Student Union). The debate was a panel debate with each speaker giving presentations and concluding comments. The panel debate was cordial, nuanced, intricate and was well argued on both […]