If the Jewish Bible foretold of Jesus’ death and resurrection, why was nobody expecting it?

Christian apologists constantly claim that Jesus’ mission was foretold in the Old Testament. Things like the messiah coming and dying the sins of mankind, and then resurrecting after three days, was all prophesized by the prophets of old. There is a big problem with this however, and it […] 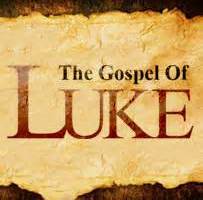 The problem with the Gospel of Luke

Christian missionaries claim that the four gospels are four separate eyewitness accounts of what took place during Jesus’ lifetime, written by those who witnessed what happened, and afterwards decided to write and record the events of Jesus’ life. When we read the opening of the Gospel of Luke […]

Jesus’ miracles from an Islamic perspective

According to the Quran Jesus (pbuh) performed several miracles:  [And mention] when the angels said, “O Mary, indeed Allah gives you good tidings of a word from Him, whose name will be the Messiah, Jesus, the son of Mary – distinguished in this world and the Hereafter and […]

Evangelical Christians often try to put Islam down by saying there is no atonement for sin in Islam, that in Islam sinners can simply be forgiven by God and sent to heaven by being a good person. For Evangelicals this cannot be, God simply can’t forgive a person […]

Is Jesus (pbuh) superior to Muhammad (pbuh) because he didn’t lift a sword?

There are many Christian apologists that often like to say that Jesus, unlike Muhammad (peace be upon them both) never raised the sword, that Jesus unlike Muhammad (pbub) never went into battle, and never participated in wars. And without really elaborating more, they conclude that due to this, […]