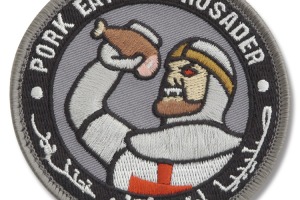 With tensions at an all time high in Afghanistan following the Qur’an burnings, the urination video, and the killing of 16 civilians, attention is now falling on a long line of “Infidel” apparel and gear. Exhausted from how they feel they’re being perceived, troops have taken to wearing patches and carrying items […]

Islamophobe storms out during historic Cambridge Debate on Islam

On Thursday 4th November 2010, the prestigious Cambridge University’s Cambridge Union Society (the oldest student society in the world (more info), held a controversial debate titled “This House believes that Islam is a threat to the west” The debate was highly controversial, being widely criticised by student organisations, for […]