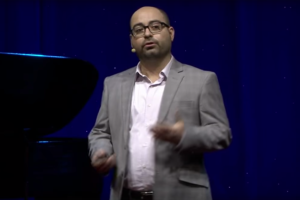 On May 9th, 2015 I gave a lecture on Liberalism in Muslim Thought at IMEC 2015 in Kuala Lumpur Malaysia. The lecture touched up on some of the basic principles of Liberalism and the three major effects it has on Muslim-majority societies at large: (1) The degradation of […] 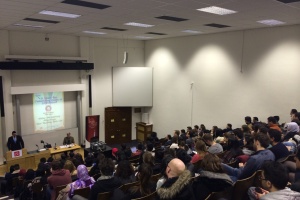 Is Islam the Underlying cause of Terrorism? Abdullah al Andalusi tackles the controversial question at the prestigious London School of Economics

Does Islam, or any sect or interpretation of Islam cause Terrorism? If not, then what does cause terrorism? And – more damningly – Are there cases where mainstream and prominent Secular Liberal Philosophers (The Ullama ul Liberaliyya) JUSTIFY Terrorism? What is the ‘Supreme Emergency Exemption’ doctrine, and did […]

And here is ANOTHER academic research program that concludes that Muslim extremists are not looking for world domination, courtesy of CNN: Adam Levine Muslim extremists are more concerned with defending against foreign intrusion than foisting Islam on the world, according to a new study of extremist texts. The […]