DEBATE: Freedom of Speech VS Freedom to Insult – Michael Nugent vs Andalusi (at UCD, Ireland)

The video is now published of the stimulating public debate at the University College Dublin (UCD) University on ‘Freedom of Speech vs Freedom to Insult’ held on 5th March 2015, between MDI’s Abdullah al Andalusi and Michael Nugent, the chair of the Atheist and Secularist campaign and advocacy […]

The Big Question: How Free Is Speech? A debate looking at the limits of Free Speech in the West, should freedom to insult Religion be allowed, while Freedom to criticise Western values be prohibited? This debate took place on Friday 13th February 2015 at Queen Mary University of […] 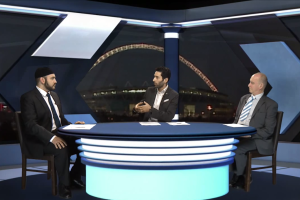 The Christian gentleman (William Spring) had agreed with a lot of what Abdullah al Andalusi had said, but attempted to chime in on Christianity being more peaceful than Islam. Anjem Choudary attempted to befuddle the conversation and was strongly rebuked by Abdullah, and the pro-Zionist journalist, Richard Millet […]

Professor of Biology talks about his research, and why he is skeptical of Darwinian evolution

I recently came across an interview with Dr. Ralph Seelke, a professor of Biology who shares about his current evolution research, and  discusses why he is skeptical of Darwinian evolution. Ralph Seelke posits some interesting empirical counter-evidence from his own research against macroevolution. While I didn’t write this article, […]