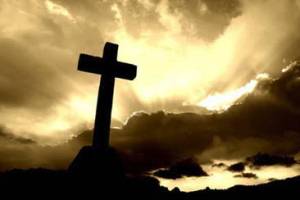 Christianity declining in the United States

Perhaps American Christian Islamophobes who love spending most of their time bashing Islam, should start concentrating on their own faith and getting the message of their faith out there? Pew Research Center The Christian share of the U.S. population is declining, while the number of U.S. adults who […]

Study shows large number of Christians are leaving the faith

Perhaps it may be team for some Christian apologists-speakers-organisations who spend the majority of their time demonising both Islam and Muslims, stick to teaching and speaking about their own faith? Business Insider An extensive study done by the Pew Research Center has yielded some fascinating information regarding the trajectory of […]

We’re happy to announce the debate between Ijaz Ahmed and Rev. Steven has been published online. The topic, “What is the True Faith of Jesus’ Disciples?,” featured a lot of discussion on the early Christology of the proto-orthodox Christian tradition.

Debate: Which is the true path for salvation? Christianity or Islam [Ijaz Ahmed, MDI Trinidad vs Rev Stevens]

MDI recently took part in a debate all the way in Trinidad and Tobago, with the topic of the discussion on whether Islam or Christianity is the path to salvation. Representing MDI was Ijaz Ahmed, with his debating colleague Reverend Steven. The following debate version is the raw […]

Not a surprise really, but nonetheless many Christian activists were using his story as proof of the truth behind Christianity, and not his story only, but other similar ones of people who claim to have died and then gone to heaven or seen the Christian version of events […]