Muslims more likely to be discriminated against when applying for jobs

UCONN Sara Korvel has a lot to offer prospective employers: a recent graduate of a major university, she made the dean’s list in seven of eight semesters and belongs to the Phi Beta Kappa honors society. Fluent in four languages, she landed prestigious internships at an international bank […]

The Guardian Detectives investigating the brutal stabbing of a university student inEssex believe she may have been targeted because she was wearing traditional Islamic dress. The woman, a Saudi Arabian national in her early 30s, was knifed to death as she walked alone on a quiet footpath in Colchester […]

The Prophet Muhammad’s (pbuh) tolerance of other faiths

MDI’s Zara Faris appears on TV discussing the topic ‘Does Islam need modernising? This features a discussion of whether reformation or revival is the way forward for Islam. The show looked at what are the external proponents of reformation, and how Muslims should revive their understanding of Islam […] 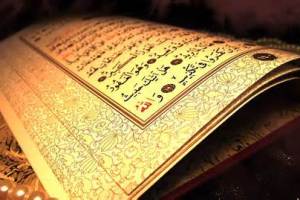 Some critics of Islam allege that the Quran has not been perfectly preserved and that there are verses missing from the Quran, verses that have supposedly been ‘lost’. One of the great things about the Quran and its reliability is in the way it was preserved by the […]