The concept of free will in Islam

As Muslims, we believe in the concept of free will, that humans are free to choose their path and destiny. We do not believe that we are controlled like robots, devoid of choices, and doing what we want. In Islam we also believe in something called divine decree, […]

Did the Prophet Muhammad (pbuh) kill his critics?

A common argument brought forth against the Prophet Muhammad (pbuh) is that he would kill and silence his critics, and so it is from this example that some modern day Muslims seek to emulate by carrying out acts of violence against those who speak against Islam. One of […] 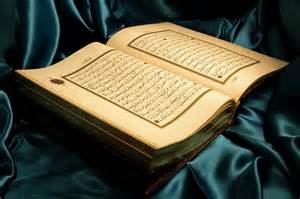 Humility is a key attribute taught by Islam, Islam teaches and commands its followers to be humble, and to not be arrogant and boastful. A major problem with human behavior that has always existed has been pride and arrogance, people who think they’re better than others, and as […]

How “Modernist Muslims” Read the Qur’an

Muslims believe that the Qur’an was revealed to mankind as clear guidance, based on an objective meaning – commands intended to be understood and applied by us. There cannot be unlimited interpretations of the Qur’an because, for the Qur’an to have any meaning, this necessitates discernment between things […]