Men go on trial in Myanmar for insulting Buddhism

BBC A New Zealander and two Burmese men have gone on trial in Myanmar on charges of insulting Buddhism. The trio, who run a bar in Yangon, are accused over a flyer promoting a drinks event depicting Buddha with headphones. The image triggered an angry response online shortly […] 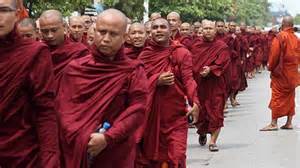 It is time for the world– including Muslims– to learn more about the desperate plight of the Rohingya Muslims of Myanmar. PLEASE VISIT http://www.rohingya.org/portal/