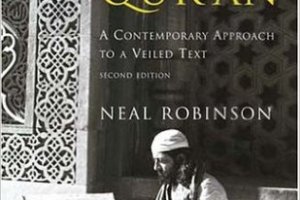 Review courtesy of Taha (Pondering Islam) The Qur’an in translation is sometimes wrongfully described by the western reader to be lacking any coherent structure, jumping from topic to topic without making clear the link between them. The rhyme and the innate musicality is lost in translation yet is one of […]

The Battle of the Trench and the Banu Quraiza

The external enemy had been repulsed. Muhammad now turned his attention to the Banu Quraiza, who had openly conspired with the allied forces to kill him and destroy the Muslim community. Their fort was besieged. The siege lasted for 25 days, with fighting limited to throwing stones and […]

E.P. Sanders, America’s most distinguished scholar in the field of Jesus-research, provides a generally convincing picture of the real Jesus set within the world of Palestinian Judaism.

Islam and the Destiny of Man

“In principle a balance between the spirit of the religion – any traditional religion – and the letter, must be established, however difficult this may be; and it is very difficult for most people. Extreme positions always offer a certain comfort. You can take your rest at the […]